If you’ve read some of my blog posts over the past year or so, you’ve sensed a lament of retail fashion and department store outlets succumbing to the pressures of nimble competition and owners who want to make a profit on their investment.  It doesn’t matter whether it’s selling clothes or toys, whether they catered to a younger or older crowd, or even if they were prominent in online sales.  If a store closes up shop, it leaves an empty space in your nearby mall/plaza/whatever, creates queasiness in city and mall managers, and definitely leaves a big pit in an avid shopper’s heart.

Unfortunately, what’s been a leading reason for these stores/chains shuttering is bankruptcy.  It’s been happening with Shopko, which declared Chapter 11 in late January and has announced more than several store closures since then, including their last 3 locations here in the Madison area.  For Shopko, not only is their misfortune the result of withering competition, it also involves keeping lining further the pockets of their private equity owners.  At the beginning of this month, it was revealed that Shopko had to borrow over $179 million from financial lenders to pay dividends and “consulting fees” to the investment firm that owns it.  Some of that money — $13.5 million worth — could have gone to the State of Wisconsin in the form of taxes and other fees Shopko still owes the state.  Yeah, that’s a lot of money, and who knows what Shopko’s fate could be right now if it went to where it should have gone (i.e. the taxman, employees, debtors) instead of the fat-cat owners who want only one thing: A quick return on their investment.

I wonder if the need to keep their own fat-cat owners happy is what did this chain in:

Charlotte Russe has been a clothing retailer known for its catering to women in in their teens, twenties, early thirties… or anyone much older than that who still wants a youthful look on their person. [*grin*]  Yeah, my closet has had a couple of Charlotte Russe items in it over the years, including a leather front-panel strapless dress I’ve since parted company with (it was when I had a few more pounds on me *sigh*) and a bright pink dress that’s still in my closet, still fits, and is somewhat similar to what you see below, albeit with a different cut pattern and without studs. 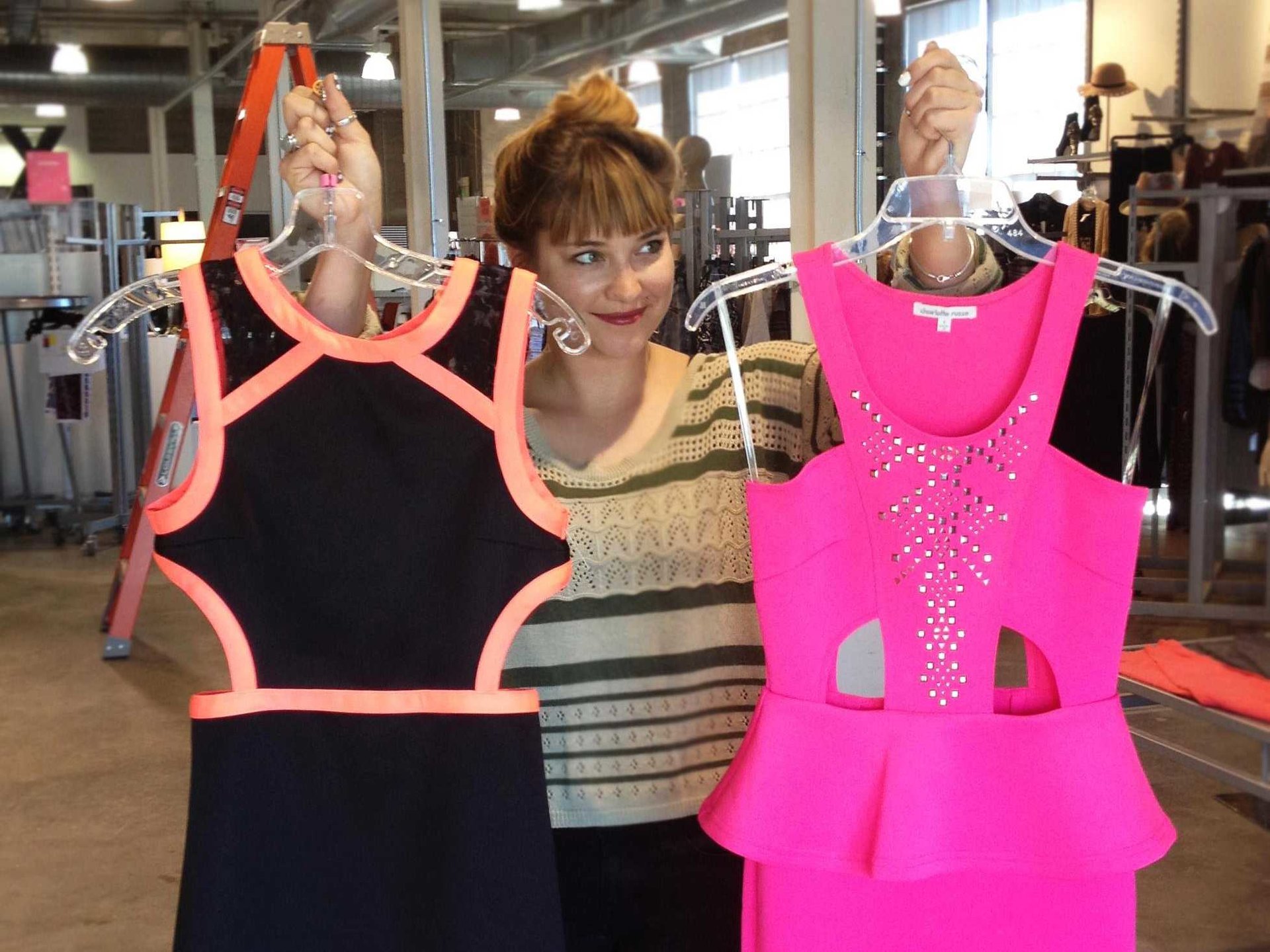 Charlotte Russe opened its first store in San Diego in 1975 (it was named for the dessert) and would cater to the “mall set” with their youthful lines of tops, pants, jeans, dresses, skirts, shoes, accessories, and whatever else.  Eventually, Charlotte Russe would venture outside of San Diego County, opening other locations in California, Arizona, and the American west by the mid-1990s.  In the later 1990s, it would acquire and consolidate a couple of other retail clothiers, including a more upscale line called Rampage, and begin a reading of clothing trends that would serve it well.. for a while, anyway.  It would also be acquired by an investment firm who began a very aggressive nationwide push for Charlotte Russe.  The chain would become a publicly traded company in 1999, but would be taken private by another investment firm in 2009.

But, sadly, it would not be all spongecake and Bavarian cream for Charlotte Russe.  Perhaps it was those bloodthirsty venture capital owners, but for sure it was a case of declining sales over the past couple of years, as well as a failure to evolve with the changing tastes of its target audience, who wanted the latest, trendiest thing.  As a result, Charlotte Russe would declare bankruptcy and announce the closure of 94 of its 500+ nationwide stores just over a month ago.

It wouldn’t be enough, for this past week Charlotte Russe announced it would begin liquidation sales at its remaining stores (“in a manner which maximizes the return to our creditors”), with the last store expected to shutter by April 30.  Its online store closed immediately, meaning the only chance to get that skirt or dress you wanted was to actually get up and go to the store… provided there was a Charlotte Russe location near you.  Oh, there’s the possibility that the “Charlotte Russe” intellectual property may still be sold to an entity who may or may not reestablish stores, but there’s no guarantee in that.

With the news this week of the chain’s closure, I naturally decided to venture to the Charlotte Russe location nearest me.  Well, there were a couple of problems with that.  Oh, Charlotte Russe did have a location here in Madison, but it was way out on the east side of town.  Aside from support group meetings, I don’t get to venture too much to the east side, meaning I tend to shop closer to where I live on the west side, where we have a mall but not a Charlotte Russe (hence, sadly, the reason my closet had more stuff from Forever 21).  But just yesterday, I did trudge in the cold rain to East Towne Mall, where I was greeted by this sight:

Yes, I had heard a passing mention that Charlotte Russe was struggling, and that they were planning bankruptcy and store closures.  I just didn’t realize that one of the stores they were closing was their East Towne Mall location.  There wasn’t even a mention of it in the local paper.  So the sight of only a handful of racks still loaded with clothes and the sign “last 5 days” in the window was a complete surprise to me.  Sure enough, a search this morning indicated that this Charlotte Russe location was indeed one of the 94 stores already slated to close, along with a couple in the Milwaukee area.  Oh, yeah, with the online store already closing, I missed my chance to snap up a dress they had a nice discount on.  Guess I procrastinated too much.  *sigh*

Needless to say, I was too depressed at the sight to venture in and even browse around what was left.  I figured it was best to let Charlotte Russe’s target demographic have final dibs.  But at least I found a nice dress and leggings in the clearance rack at the (thankfully) still-rather-populated JCPenney at East Towne.  At least my long trek from west side to east wasn’t a fruitless adventure.

And with that, another awesome store is about to succumb to reality and belong to the ages, and I’ve missed my chance to bid it farewell by spending serious coin on cool items at liquidation prices.  Hopefully, if Charlotte Russe’s wishes come true, the brand will indeed be resurrected, even as an online-only retailer.  I mean, it’s worked for Wet Seal and even, to an extent, Toys R Us.  If they do, and if something catches my eye and is in my size, I’ll try not to procrastinate that next time.

Note how I end that last paragraph:  There, sadly, will be a next time.  Changing times, changing tastes, brutal competition, and impatient financiers are the reason.  Hopefully, though, it won’t be for a long while… at least if the mall retailers still in existence are smart and nimble enough and if good breaks go their way.  Until then, I’ll just have to remember the times when Charlotte Russe had something stylish, was in my size, and became an awesome portion of my closet.

One thought on “Another one down: Charlotte Russe”

Yours truly on Gravatar

A crossdresser's thoughts on life, fashion, fabulousness, and (oh yeah) dressing up