One month ago, I wrote in this post about Plan B, the LGBT-oriented nightclub on Williamson Street that you see in the above photo, and how wound up in a very unflattering light.  To sum up:  Back in December, some drag performers had a cow when club staff forbid them from changing in their usual dressing room.  The queens called out the club on social media, with some of them severing ties with Plan B.  Several other performers and patrons said “I can top that story” and called out club ownership for how they ran the club, one owner in particular for his treatment of staff and customers, and one security staffer for an incident with a black patron.

When the dust settled, Plan B was sold, with founding owner Rico Sabatini returning to take ownership of the club.  It also led to some reflecting of what Plan B became under the previous ownership — that is, a club that was and still is widely popular but lost its original focus of being a safe and inviting haven for the LGBT+ community.

And credit Rico Sabatini for being upfront about having to make changes at Plan B, and for actually going forth on changes.  For starters, they lowered some prices.  They eliminated cover charges on certain nights.  They also made some staffing changes.  And they’re planning to have their staff, both veterans and new hires, undergo training on positive conflict resolution, to make sure that any nasty situation doesn’t end with black eyes of the literal and figurative varieties.

But that’s not all:  Sabatini brought in a co-owner in Apollo Marquez, who once owned another highly regarded alternative/dance (and queer friendly) club in Madison, Inferno, for 19 years until it closed in 2015.  Lili Luxe, a performer and promoter who has worked with Leather & Lace, a monthly fetish event at Plan B that had been at Inferno before its closure, has also joined on as Plan B’s program director.

Sabatini, Marquez, and Luxe had a sit-down interview with Our Lives Magazine.  In it, they acknowledged the ginormous elephants in the club space:  The unwelcoming atmosphere.  The drift away from LGBT- and dance-oriented acts.  And the resulting tarnishes the club suffered.  But they vow to make more changes, from making sure the staff is welcoming and respectful, to hosting a diverse roster of DJs and performers… all in turn to help rebuild that goodwill.  They are not promising perfection, but they are vowing to be more respectful and responsive to the patrons.

Oh, and they also plan to remodel Plan B.  The December incident where the drag performers were barred from the dressing room was due to fear of fire code violations.  Obviously, the drag queens would win that battle in the long run, but it was a battle originating from legitimate concerns about the facilities.  Yeah, it was clear that Plan B wasn’t in tip-top shape.  One member of my TG/CD support group indicated that the restrooms were pretty shotty; let’s just say the old management didn’t know how to put a lock on the latrine.  To that end, Plan B held a three-day benefit to help defray the costs of necessary building improvements.

And building improvements will be coming.  Matter of fact, once closing time hits this Saturday night, February 16… well, okay, the early hours of February 17 (it is a dance club after all), Plan B will close for a couple of weeks while those improvements (building, staff, etc.) are put in place.

But that’s not the only clear change that will be coming to the club.  The name will be changing.  When the place is scheduled to re-open on March 1, it will be out with the old… 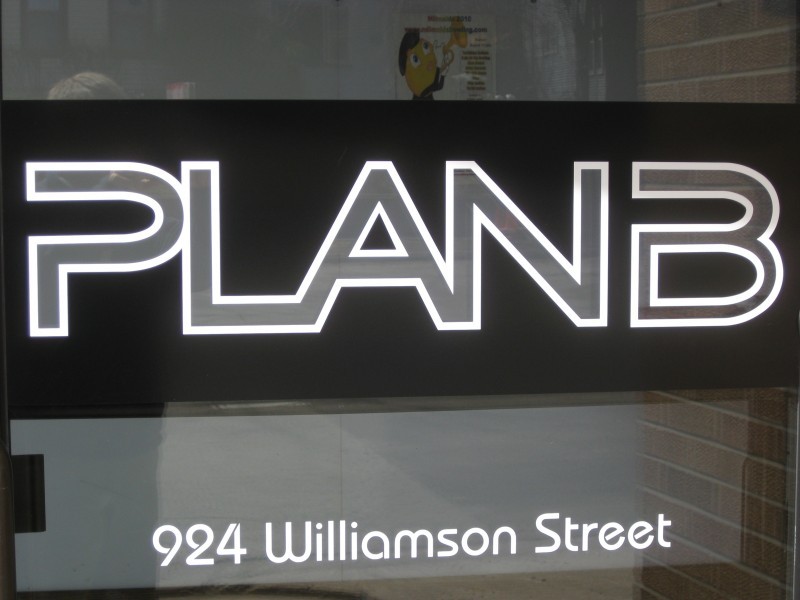 With the revived mission of being a welcoming space for and showcase of the LGBT+ community, the “Plan B” name will be retired, and the club will rebrand as “Prism Dance Club.”  A figurative coat of new paint to go along with the actual new paint, for sure.  And it’s a shame that it’s the result of old ownership dirtying the old name with poor leadership.  But here’s hoping that it helps usher in a new, more positive era.

The key word in that last sentence is “helps,” as new names and new paint can only go so far for Prism.  But at least some of the performers and patrons who turned their back on Plan B are already on record as warming up to the new leadership that will present Prism to the populace.  The club is turning 10 years old this summer, and with receptive ears and sincere hearts executing meaningful change, it will end 2019 with a brighter shine than when it ended 2018.